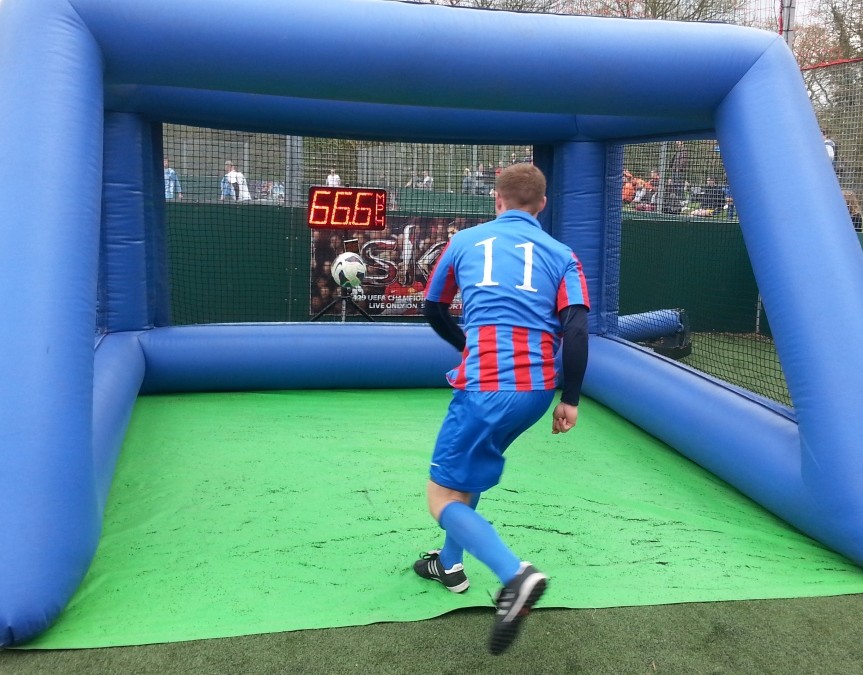 The Government may have, for now, banned the sharing of sports equipment but that doesn’t mean that games that require the participant to touch the ball cannot be played in a responsible manner.

For starters we believe that games can be played where the participant only has to kick a ball with an operator responsible for setting the ball up.  Here are a few examples: Football or Rugby Speed Cage, Football or Rugby Target Games and Football Darts.

Football Speed Cage:  Players queue up to take 3 kicks and their speed is measured by a radar set behind the game.  A operator can set the ball up just using his or her feet.

Rugby Conversion Challenge or Football Target Test:  The participant needs to kick a ball through a target.  The operator will need to use his or hands to recover and set up the ball.

Football or Rugby Darts:  The set up is the same as the Target games.