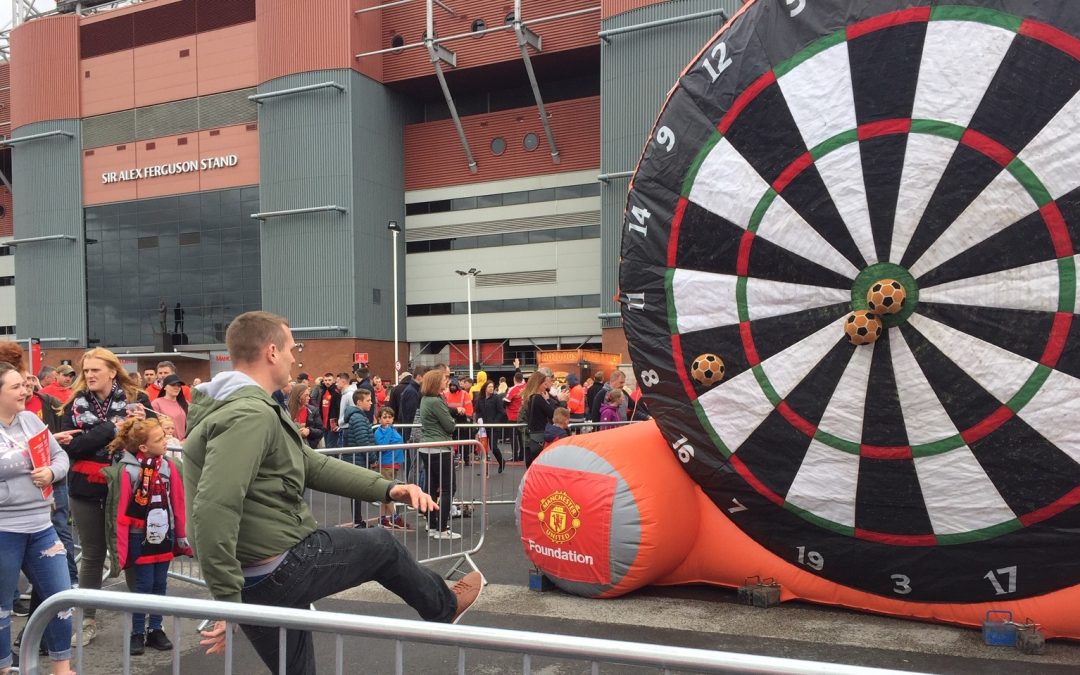 In just six days we supplied inflatable games to some of the UK’s most iconic sports stadiums.

We helped launch the Cricket World Cup with fielding and speed bowling games on the famous Nursery Ground at Lords.

A few days later we were in the Fan Zone at Celtic Park for the Pro14 Final between Glasgow Warriors and Leincester.

Finally we helped Manchester United celebrate the 20 year anniversary of the Treble Winning Team with Fan Zone activities prior to the replay of Man Utd v Bayern Munich.