Games are manufactured to your requirements.

These are our standard dimensions.

The Speed Cage is a high visual impact inflatable that allows the player to kick, throw or serve a ball into the Cage and get an instant reading displaying the speed of the ball to an incredible accuracy of +/- 0.1 mph. Speed measurements can be taken in either miles or kilometres per hour.

The Speed Radar will display readings in high visibility LED with large 30cm characters that can be clearly viewed from long distances.

This game is suitable for many sports including; football, rugby, tennis, baseball and throwing, in fact anything game that involves a moving ball.

Players often compete to beat each others score. Being the fastest shot of the day is an accolade that is highly cherished.

A Speed Cage is a valuable investment as players will return again and again to beat their own personal score as well as that of their friends or colleagues.

Branding opportunities exist across the game and can be permanently painted on or velcro can be sewn into the inflatable allowing temporary banners to be affixed.

The game can be built to any size or colour combination of your choice.

This inflatable can be set up in a few minutes and is easily transported in a family sized car. The game is great when used as part of a promotional campaign and is also popular at fetes or as part of a fund raising campaign. 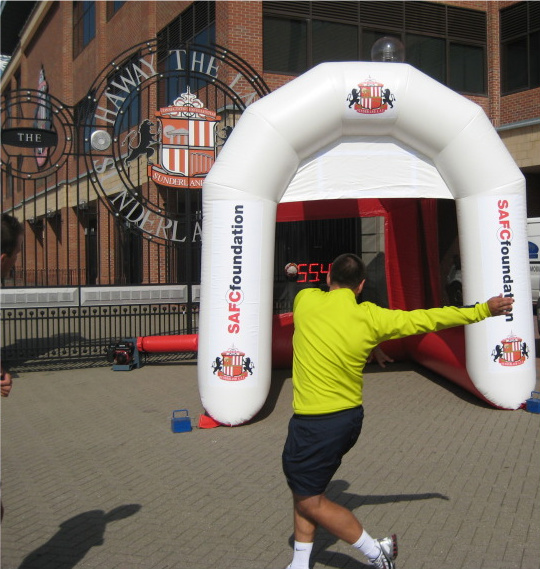 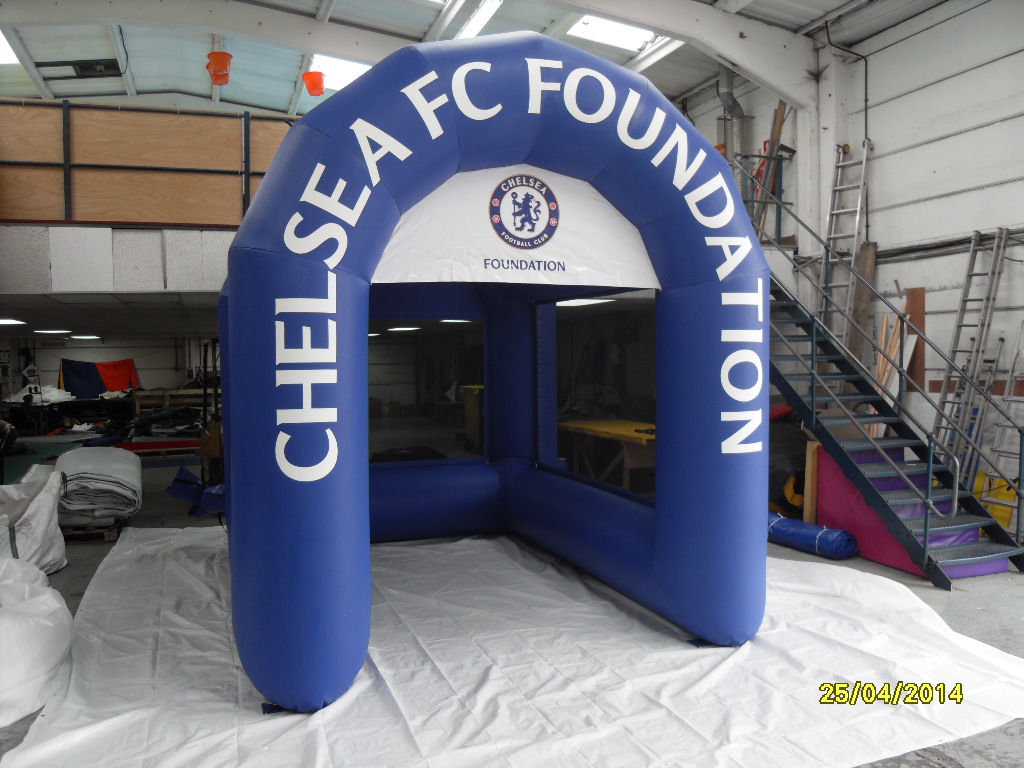 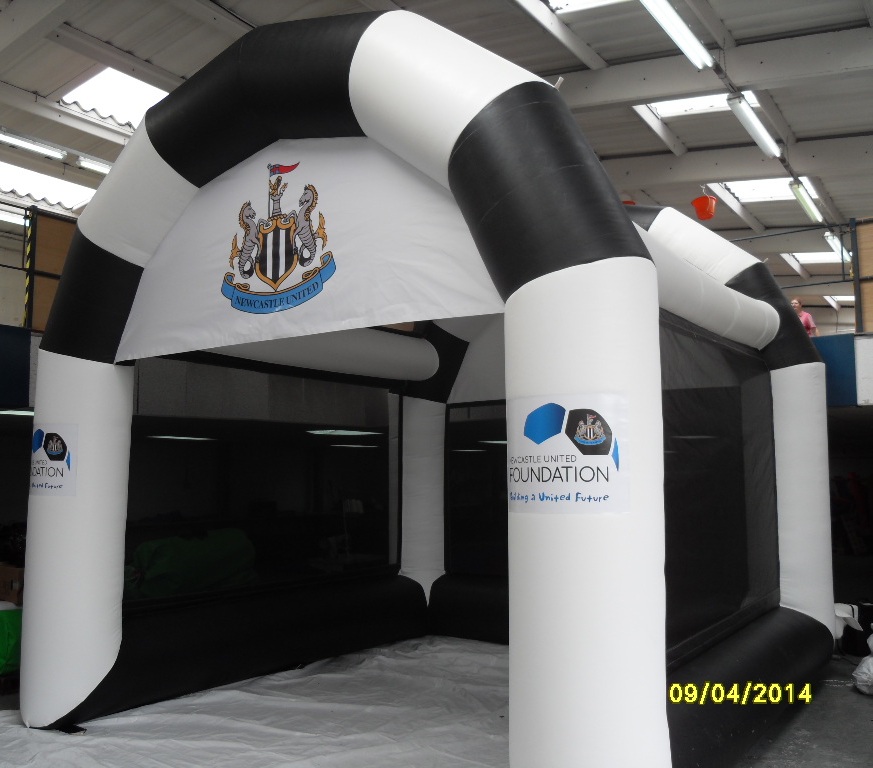 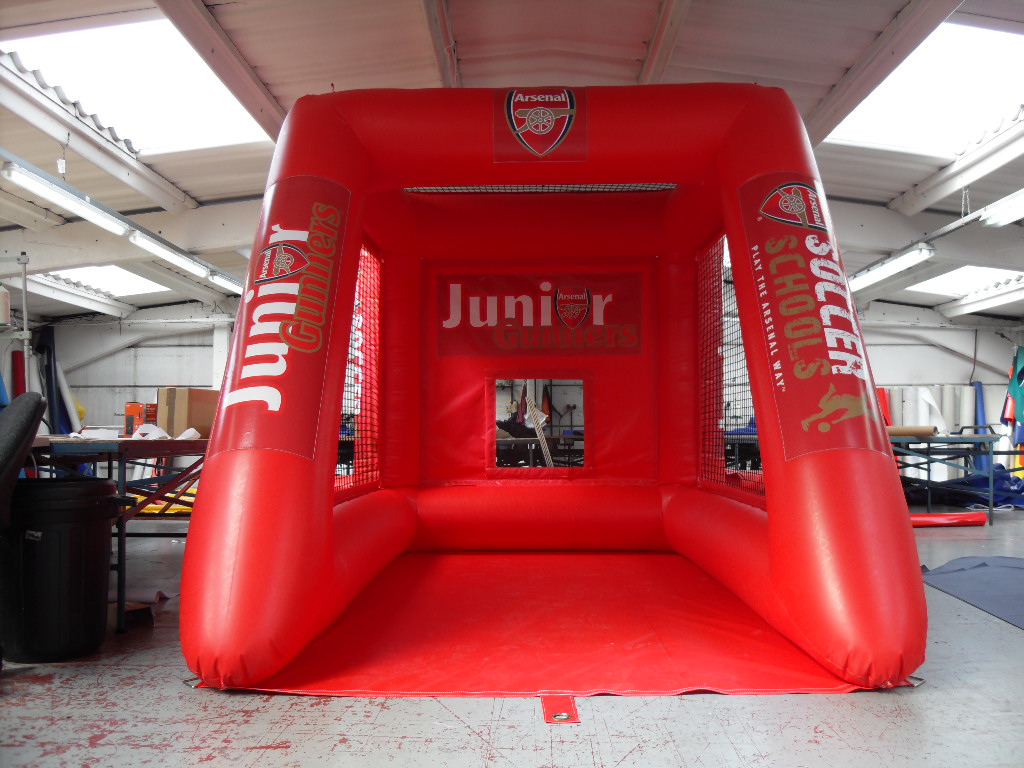 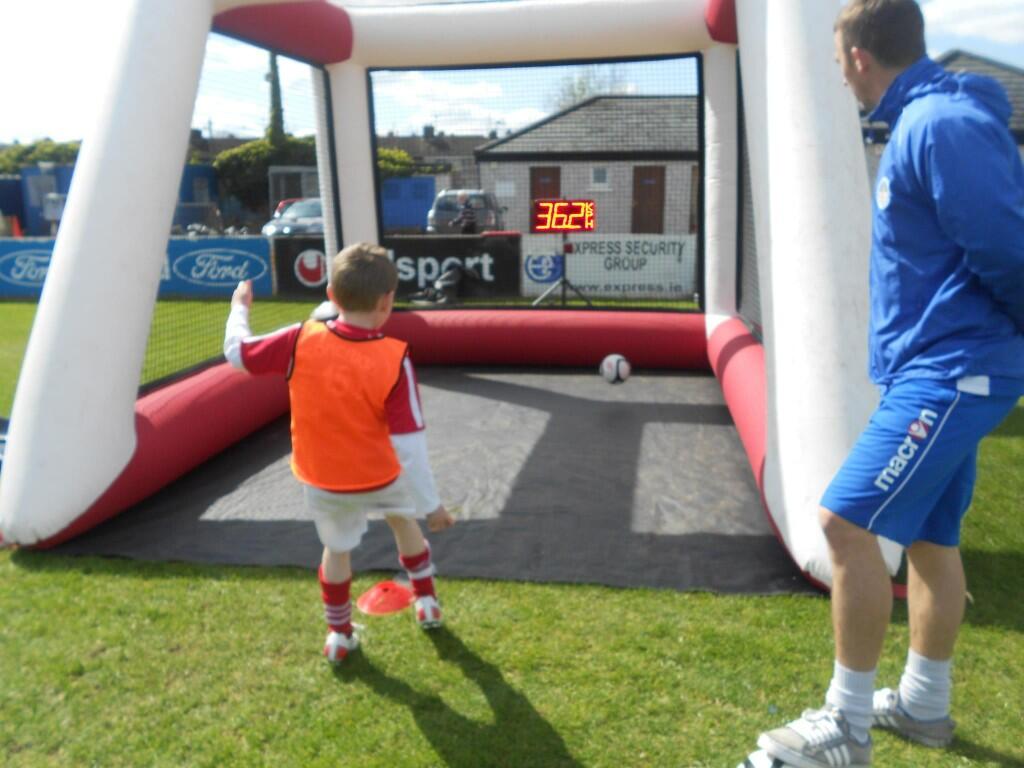 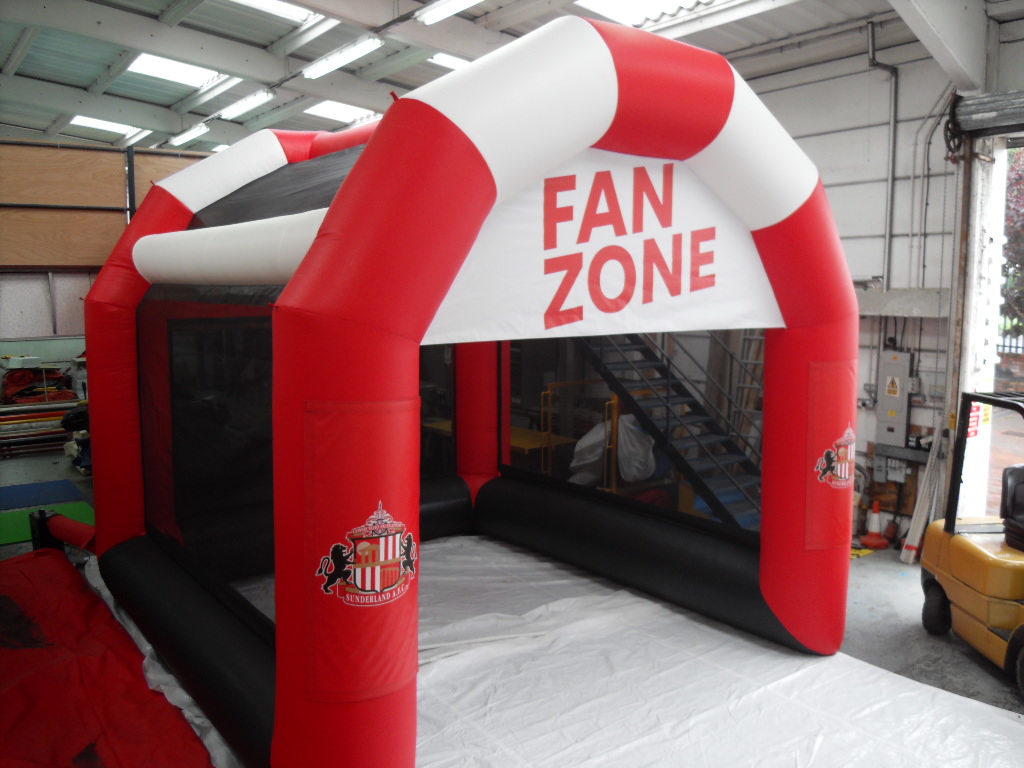 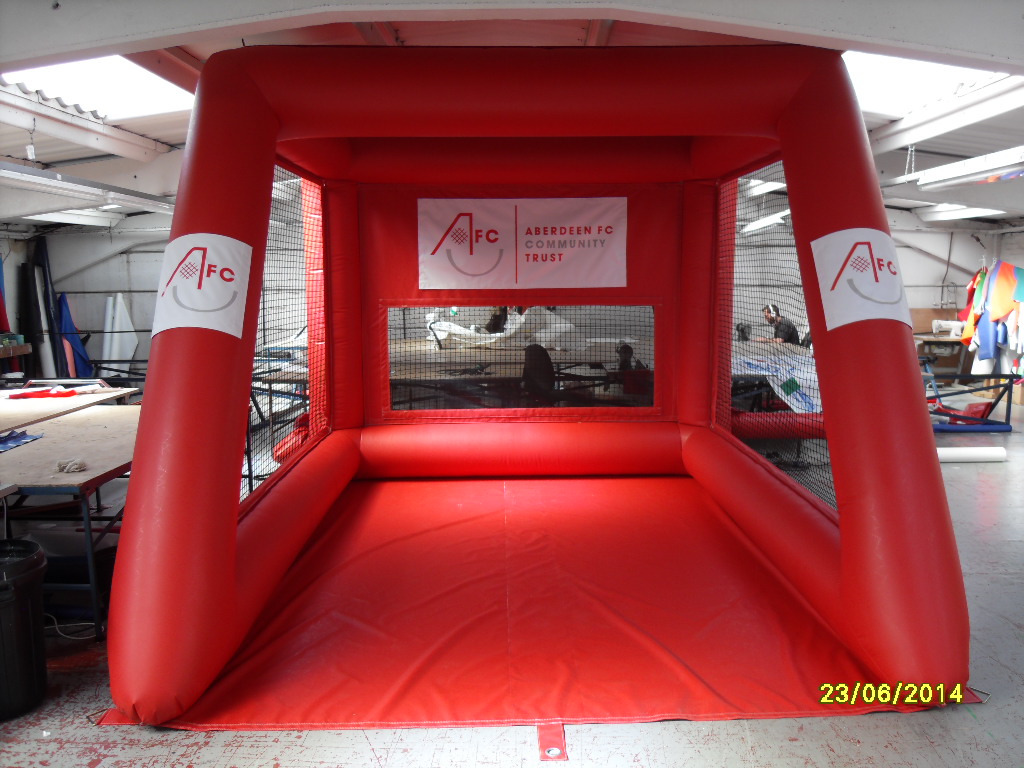 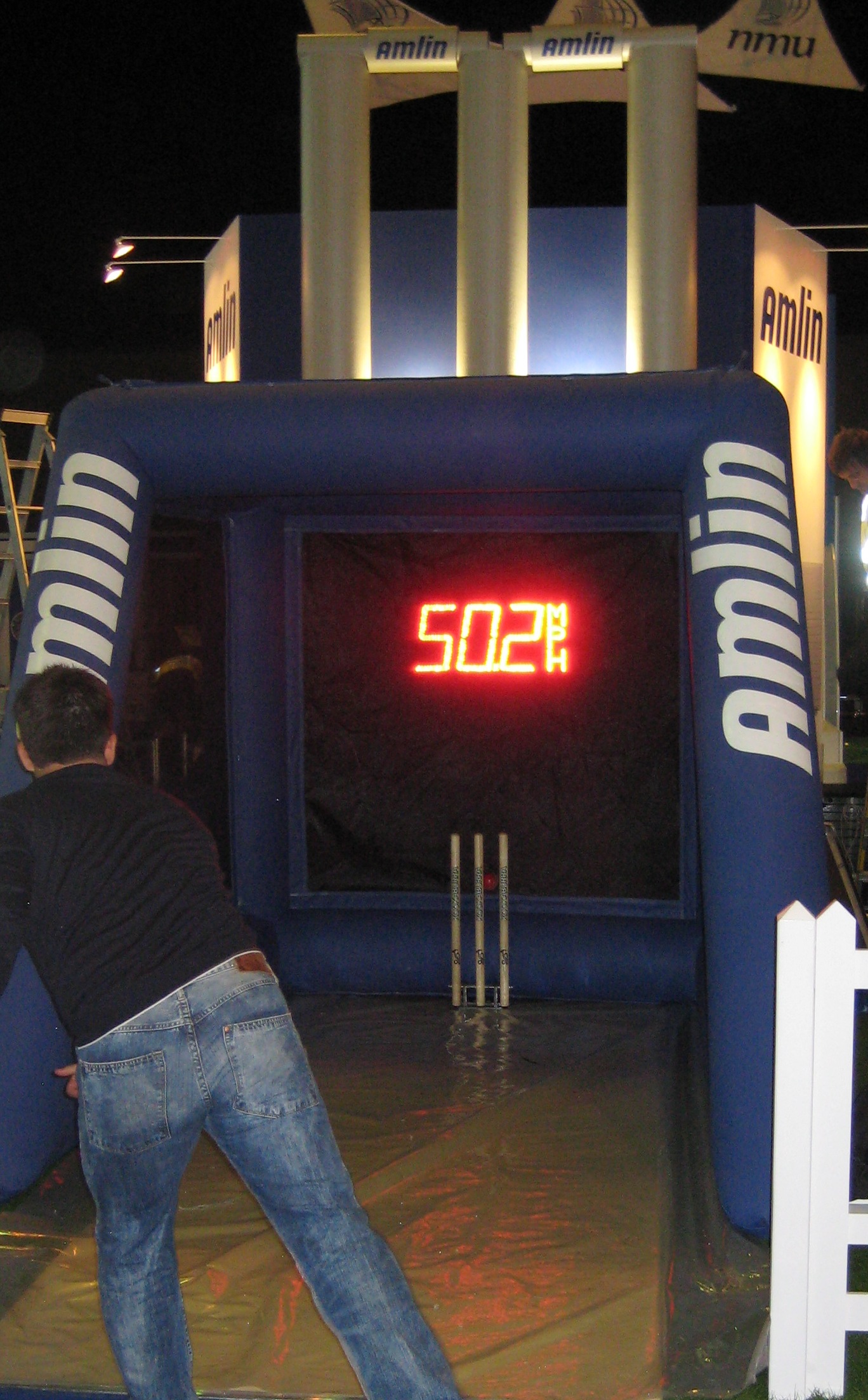 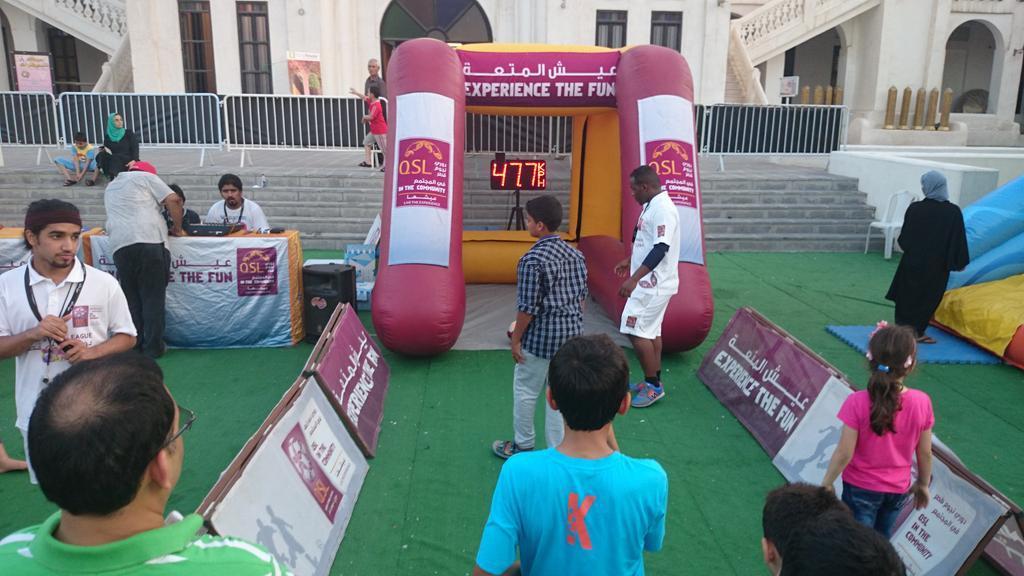 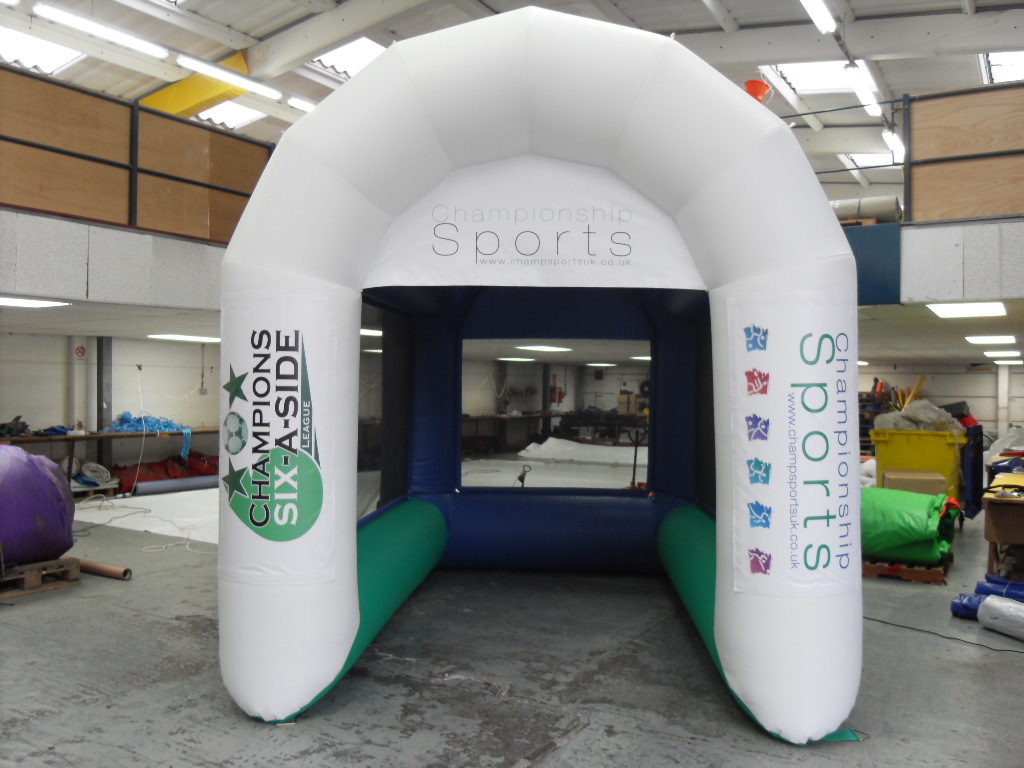 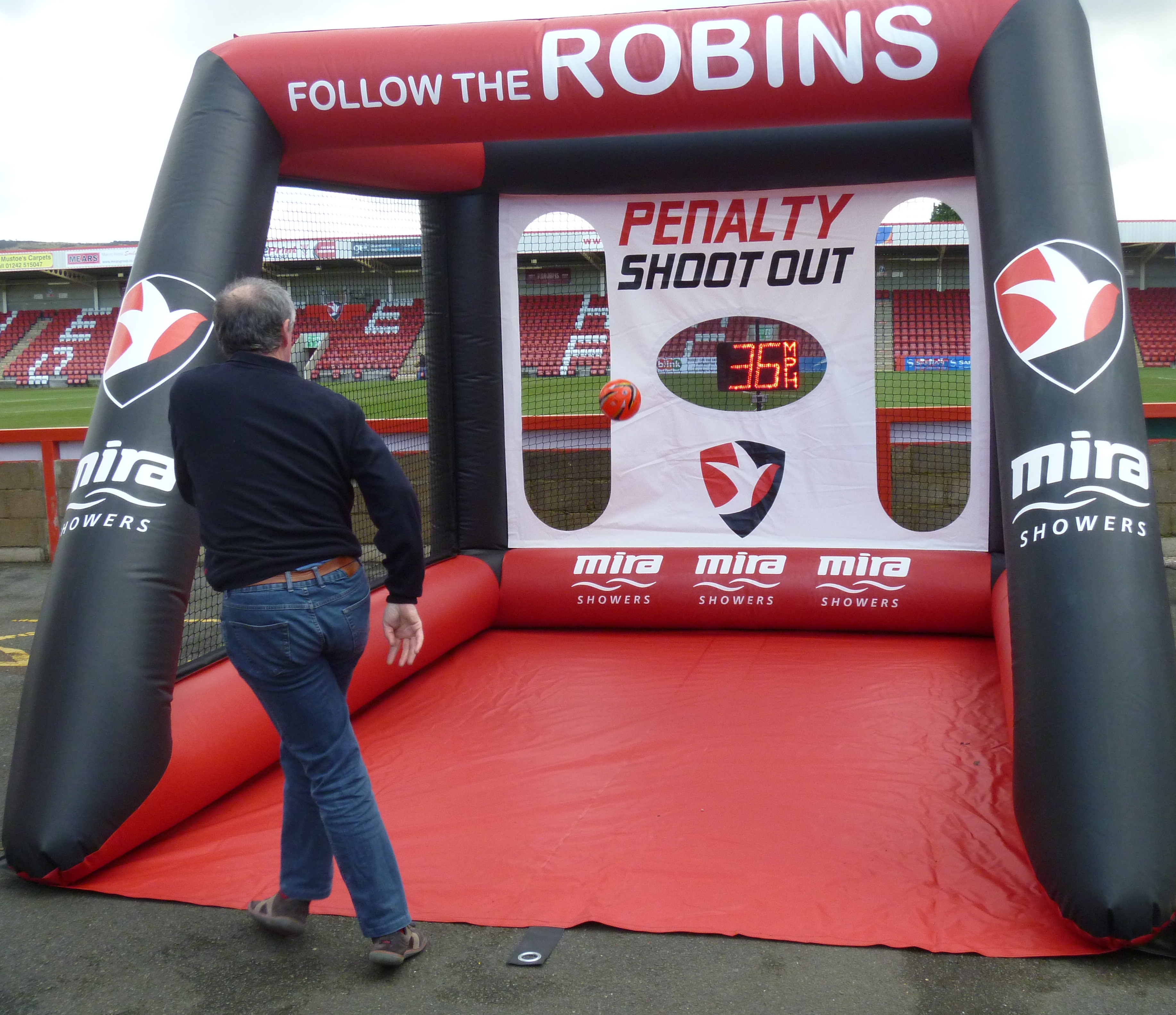 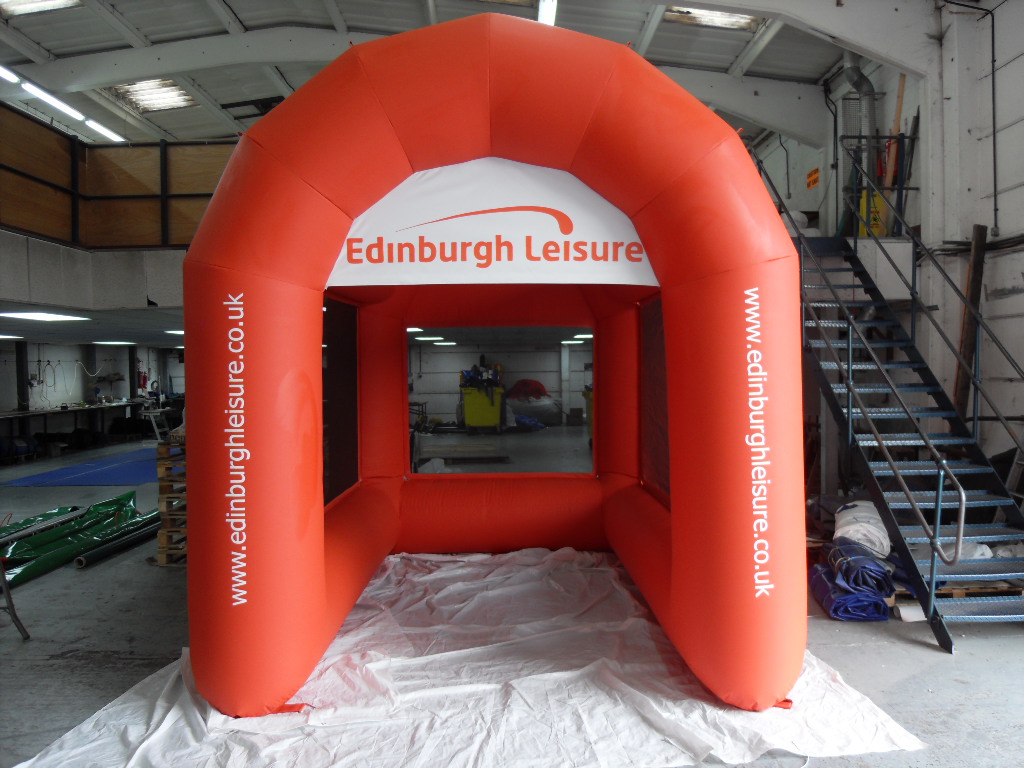 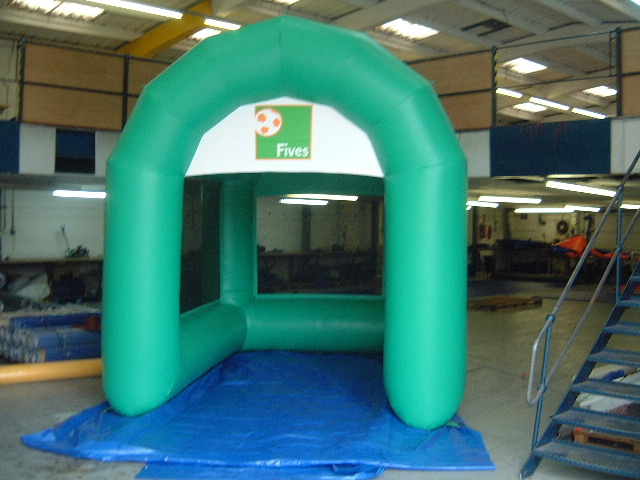 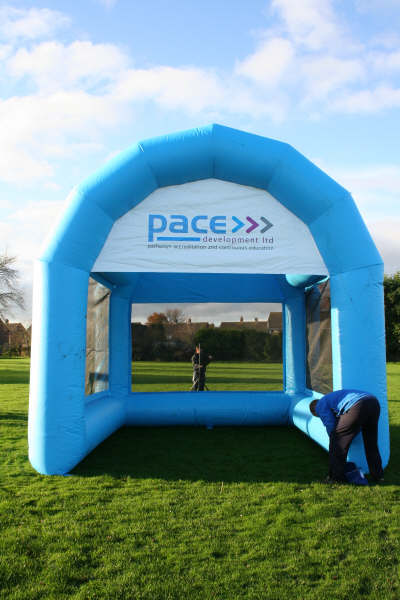 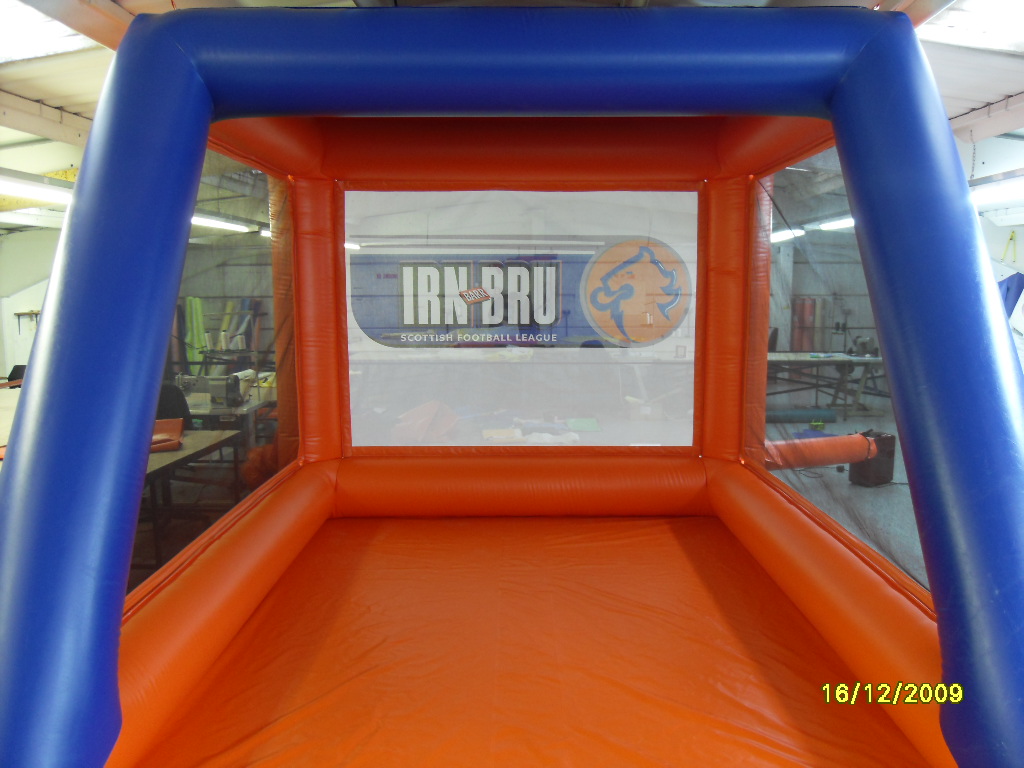 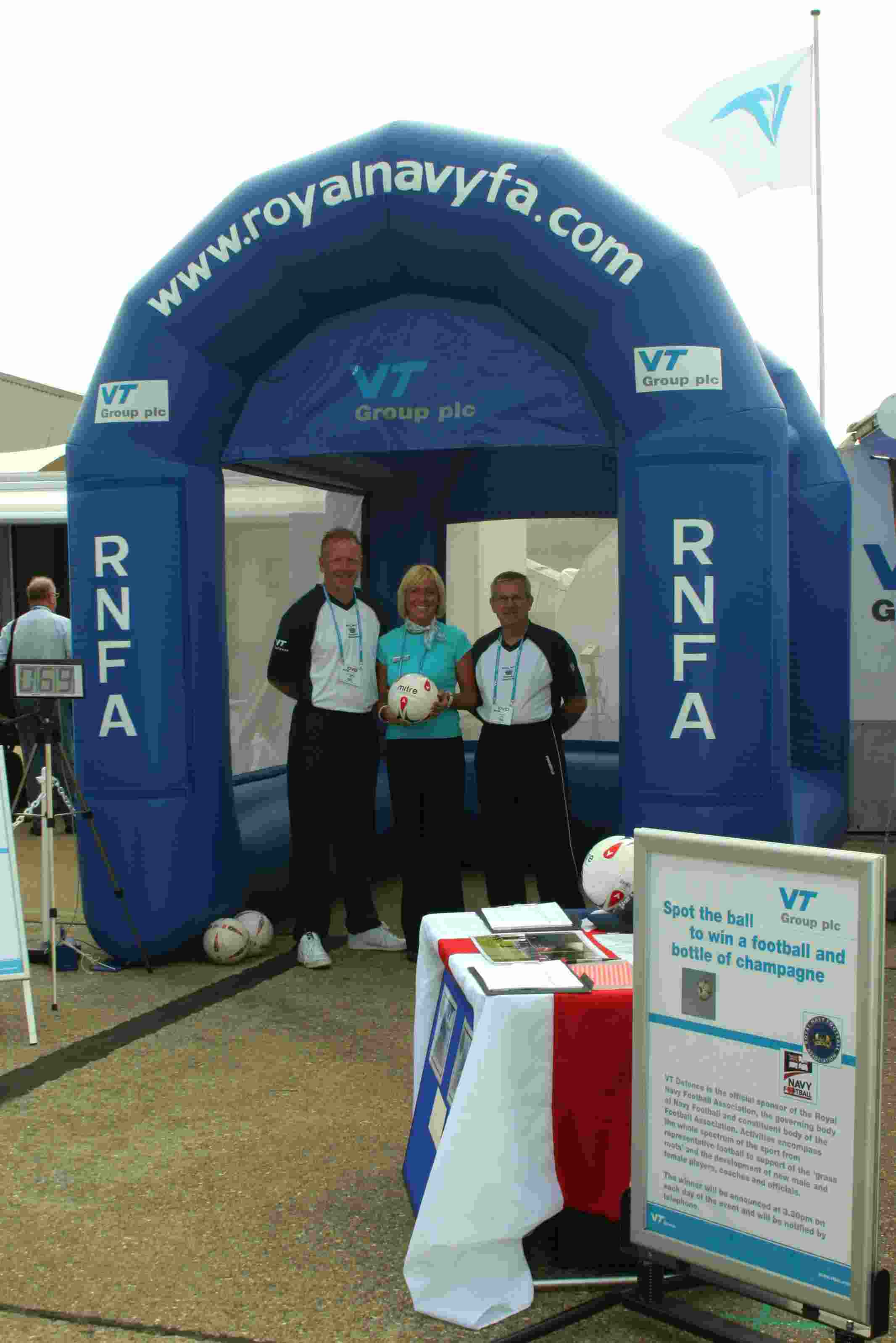 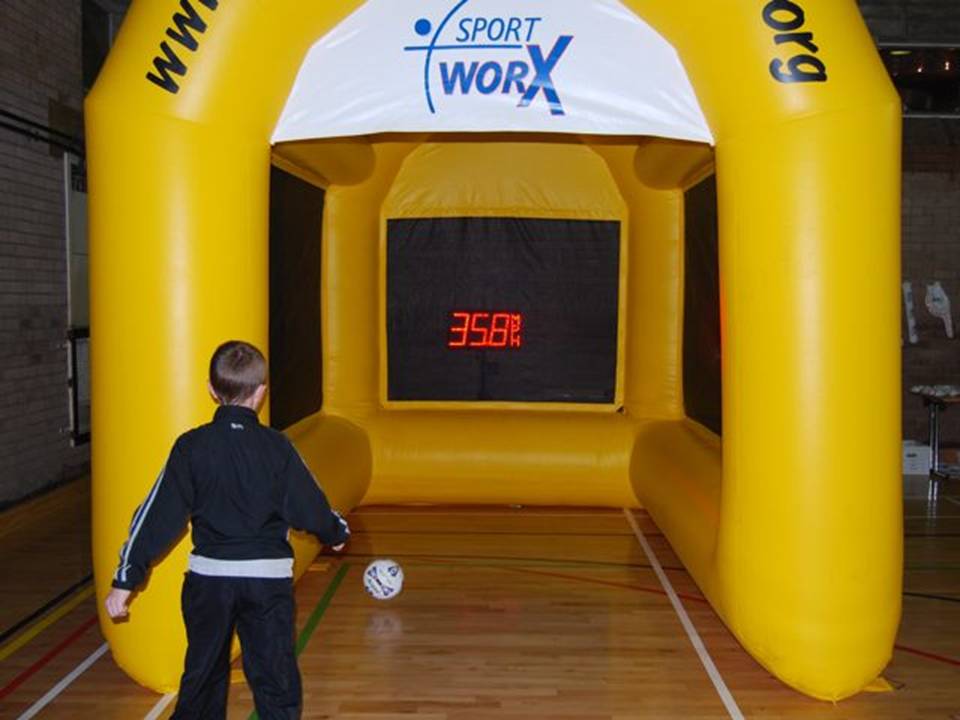 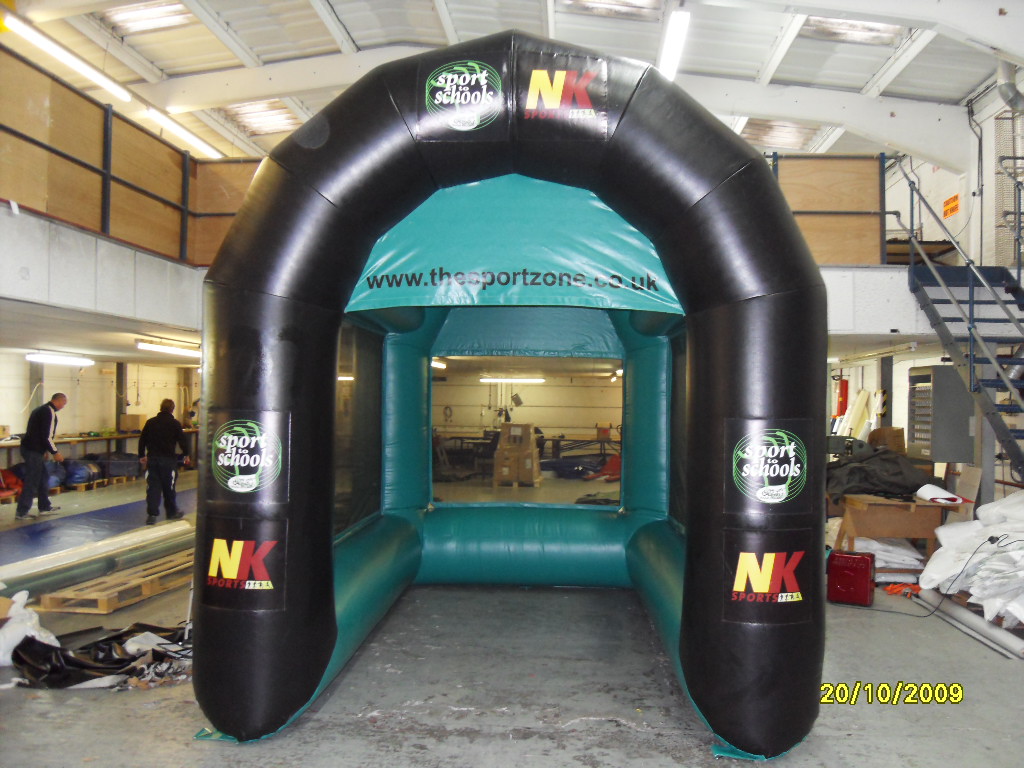 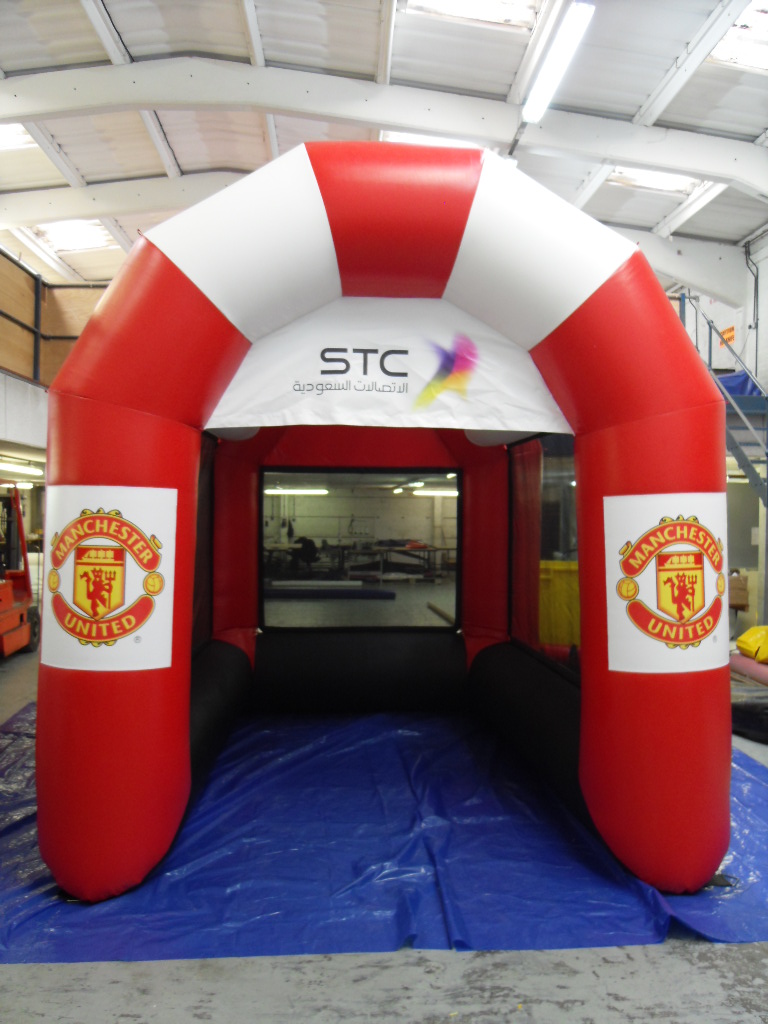 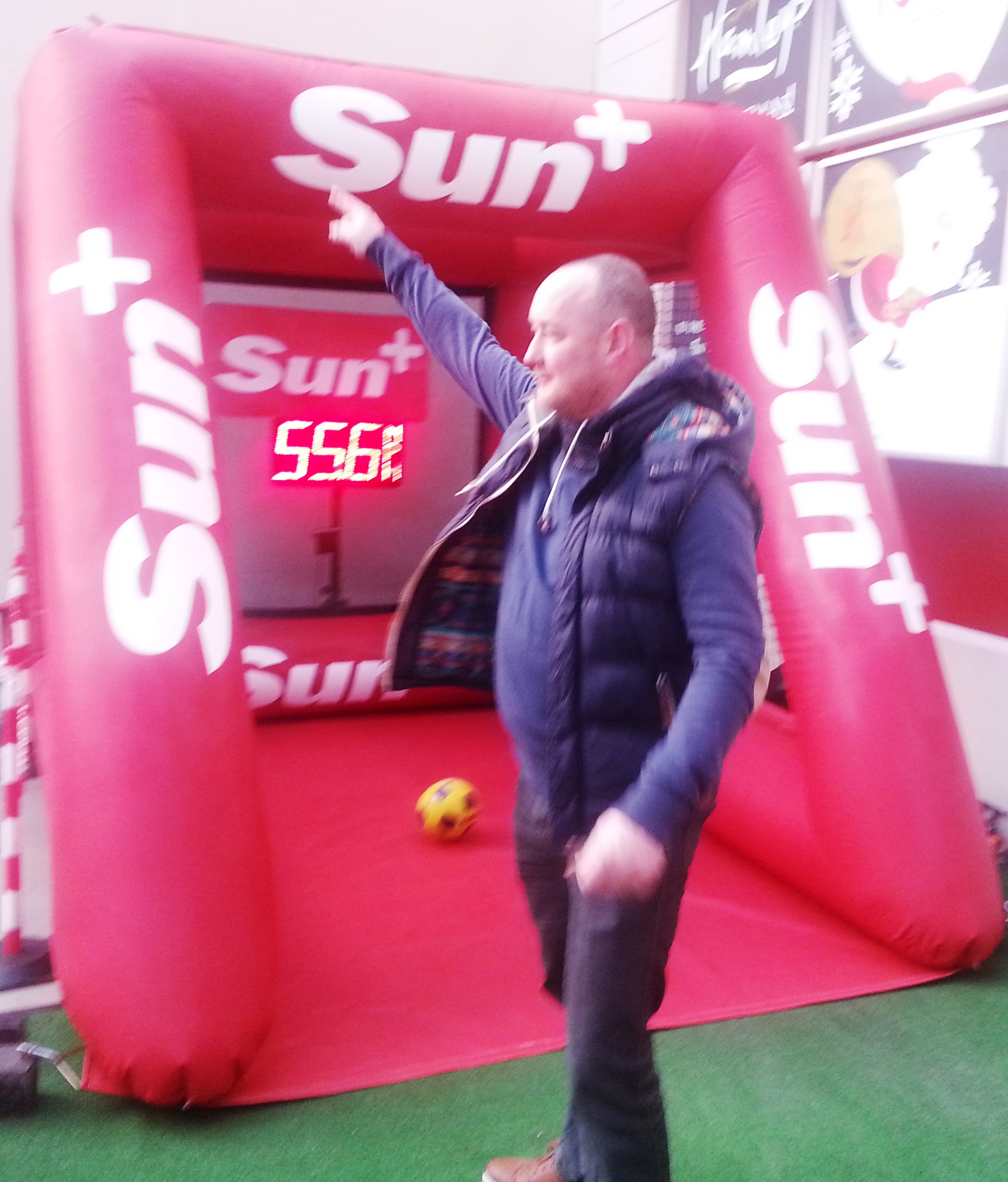 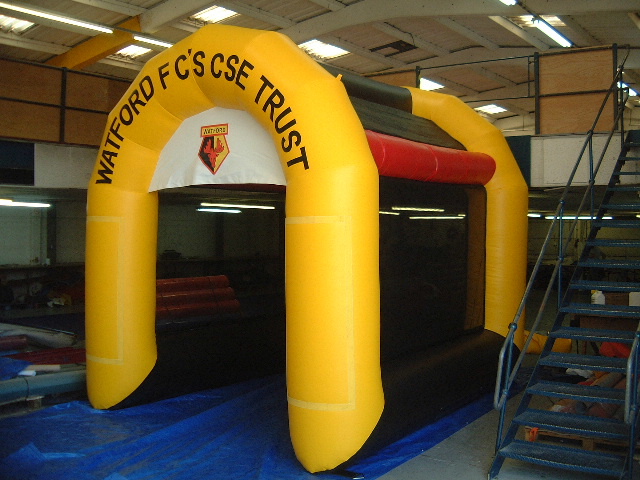 The games were great,

Thank you for coming to our

event at such short notice.

thank you for Saturday.

The inflatable pitches are great.

We’re thinking about getting another four.

The speed cage has arrived and

everything seems in order and

very easy to handle. Thank you.

Many thanks for delivering

the race arch so quickly.

We blew up the inflatable and it’s

brilliant many thanks. I will be

purchasing more in the future.

Thank you everyone LOVED the

Speed Cage it was the highlight

Thank you so much for attending our

event! You did an excellent job!

Many thanks for seamlessly

recording all of the times today. 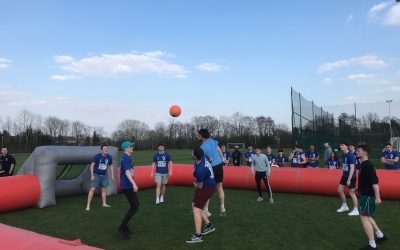 The 4 H’s in One Week in March

In just one week in what is traditionally our off season we were able to supply 4 Events to our "H" Customers. H1: The Children and a lot of Adults celebrating Harim in Hendon Synagogue enjoyed a football Shoot Out and football Speed Cage. H2: We supplied the Race...

END_OF_DOCUMENT_TOKEN_TO_BE_REPLACED 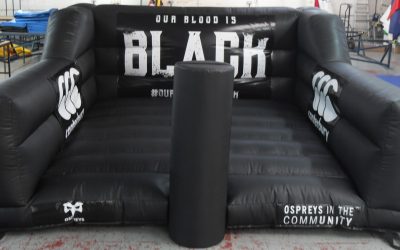 We've come through the Banking Crash, outlasted Austerity and survived Lockdown so that we can continue to manufacture the very best high quality sports inflatable games for our Customers. Because we hire games as well as manufacturing them we have unrivaled knowledge...

END_OF_DOCUMENT_TOKEN_TO_BE_REPLACED 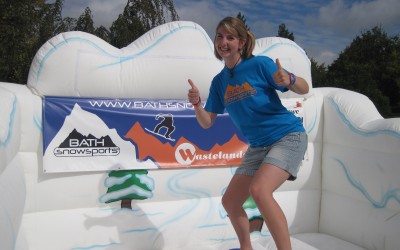 It's Christmas Time Make up for last year's damp squib with a stunning Snowboard Simulator challenge that will test participants from the very young to older and less wise contestants. Simply jump up on the board and keep on board as the speed increases.  Display your...